Innovation is a Must! 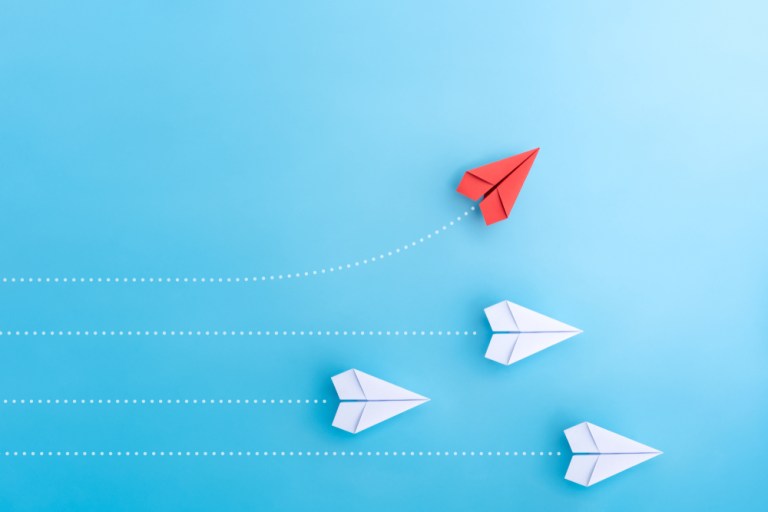 I have a saying regarding Innovation. It is a remarkably simple one… “go beyond seeing it.”  That is what is required to innovate.

In the March 18th Becker’s Hospital Review, Naomi Diaz wrote about what four hospital leaders say kills innovation. These leaders are innovators themselves, so their perspectives are all worth listening to and taken into careful consideration. For brevity I have chosen two comments from Naomi’s article that I think “hit the nail on the head.”

“Kolaleh Eskandanian, PhD and Vice President and Chief Innovation Officer of Children’s National Hospital (Washington, D.C.) was quoted as saying “What kills innovation is inaction and not leveraging pandemic lessons to continue developing novel solutions for patient care models, novel therapies, and effective diagnostics. The innovation-killer would be going back to the pre-pandemic state of mind.”

Brad Shaink, Administrative Director of Innovation of Houston Methodist stated –  “There’s too much concern over failure, which is leading to a lack of innovation.”

Once upon a time the recognized genius Albert Einstein said – “If you always do what you always did you will always get what you always got.” Don’t you just love that? Albert was never known (I don’t think) as a poet, but that was a very poetic statement!

So, what about you? If you agree with Mr. Shaink or Mr. Einstein –

In a recently released study published by The National Interest, analysts said allies “were unwilling to pay the price for sanctions” and that “the behavior of U.S. allies did not change fundamentally.” That of course, was concluded regarding the dismantling of the former Soviet Union (USSR). No, this is not a political comment. It is an economic comment that happens to stem from politics, back when President Reagan pressured the USSR to “tear down that wall.”

According to the study, internal pressures, and the then half-cocked response to them kept sanctions weak and from really hurting the Soviets.

In the end, the report reluctantly concludes that sanctions and external efforts had a minimal effect on the fall of the USSR and that “the Soviet Union’s economic problems derived mainly from internal sources.”  The internal sources like communism and the refusal to change from that system, even though it was deemed by most as inferior!

Others also weighed in in Naomi’s piece. Christine Brocato, System VP, Strategic Innovation of CommonSpirit Health (Chicago) by saying that “Health systems are just recovering from the last COVID surge and there’s a lot of concern about staffing levels and financials, which has hindered innovation as health systems have been focusing on immediate issues rather than future investments in innovation.”

And in that article, Scott Joslyn. Chief Information and Innovation Officer at UC Irvine (Orange County, California) stated that “What will kill innovation in an organization is the lack of commitment, disproportionate funding and not placing the right talent in the right place. Over the past few years, the healthcare industry has seen tremendous growth in investment and new approaches to delivering care. It is imperative that hospitals and health systems plan for this growth trajectory and explore new care delivery models. Innovation is a key means to help close rampant gaps in patient care delivery. It’s not an option.”

During a recent conversation with Devon Barlow-Merritt, Manager of Care Continuum at Sierra View Medical Center she provided her perspective on innovation – “Healthcare providers should not be afraid of collaborating with vendors that are not as established as an Epic or Cerner. They just must find the right partners. As healthcare providers we need to not be afraid to innovate and get involved with innovative companies as partners.”

The best answers are those yet to be discovered. That requires adaptability. Change provides those opportunities. Creativity delivers innovation.

Creative people believe that there is always an answer. The hope or belief that they can do something to have influence drives them. Often creative people believe there may be more than one option available to accomplishing what they desire to accomplish. Wow! Think about that for a moment. You’re a healthcare executive with staffing shortages and funding deficiencies. Yet you are driven to accomplish something positive like provide better patient care or improving the organization’s financial picture so to be able to hire more qualified clinicians. How do you make that happen? By being creative and thinking that there may be more than one way to get there?

Anticipation is the self-discipline of a creative person. Anticipating something good is going to happen is incredibly important. It sees beyond roadblocks and around obstacles in search of answers, of innovation, of positive change. Creative people don’t give up and never stay stuck for long because they are always going somewhere and anticipating that something good is going to happen.

Innovation requires that you find areas of strength and then anticipating that what you do will be effective. It’s so vastly different than doing the same things over and over and expecting different results. It is continuously pursuing those results with the best you can leverage and give, and not giving up hope that you will achieve what you want to achieve.

Strong leaders must be secure enough to be innovative, creative, and adaptable. Security requires courage. Courage requires being vulnerable enough to be creative and looking past the fear in front of you and focusing on the vision or goals you want to attain, believing that innovation breakthrough is just around the corner.