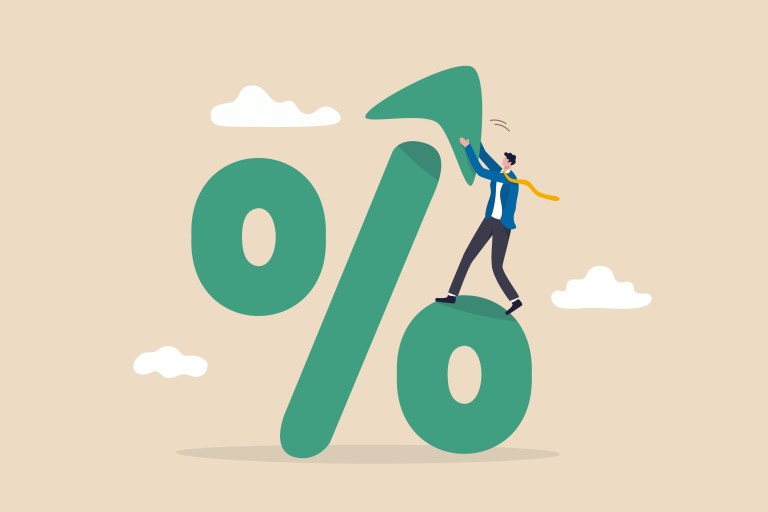 On March 16, 2022, the Wall Street Journal reported on the action coming out of the just concluded Federal Reserve meeting. The Federal Reserve (Fed) said it would lift interest rates and is estimating a series of further increases this year aimed at keeping the economy from overheating, to reduce the highest levels of inflation that we have experienced in forty years.

Fed officials said Wednesday they would raise their federal-funds rate by a quarter percentage. Some economists and market experts fear that multiple increases in the rate by year end could mean another stock market crash.

“In a statement following its two-day meeting, the Fed hinted at rising concern about inflationary pressures.” (“Fed Raises Interest Rates, Signals Plans to Raise Rates …”) It said inflation has been high due to “broader price pressures” and added that the war in Ukraine and “related events are likely to create additional upward pressure on inflation,” the statement said.

The rate-setting committee approved the decision on an 8-to-1 vote, with St. Louis Fed President James Bullard dissenting in favor of a larger half-percentage-point increase.

Michael Hartnett, Chief Investment Strategist at Bank of America Global Research, commented on inflation, and the Fed reacting too late to it. On January 13th Hartnett wrote:

Up until the Fed move to increase interest rates, some believe that rising oil prices were doing the tightening for the Fed’s. In conjunction with that notion, the question of whether .25% rate increase matters very much to the real economy? This is an interesting question, of course.

It may not matter much for the real economy because it makes the cost of carry trades a bit more expensive.

Carry trades occur when speculators at hedge funds and bank trading desks borrow at short-term rates that are close to the Fed’s policy rate (often in the “repo” market) and use the proceeds to buy things like Treasuries and mortgage securities.

An endlessly low central bank policy rate (and we have certainly had that) emboldens speculators to pile into carry trades. However, once the promise of easy carry trade funding rates ends, and the Fed lays the groundwork for a rate hike, risky assets can all encounter selling pressure at once.

The obvious conclusion is that the ¼ point rate increase is not going to change the real economy as much as it would affect the asset market.  If, as projected that increase occurs multiple times in 2022 and the asset market impact could be significant!

However, another question that seems more relevant for the real economy is would a $90 oil price be high enough to slow economic activity? What about $100 or $110?

The answer will evade us until we reach the point of demand destruction. We may only know in hindsight, as we did when oil hit $150 per barrel in mid-2008. Remember those days? Ouch!

If you were closely watching the markets, then you’ll remember that oil hitting $150 per barrel slammed the brakes on the economy. Consumer and business stress quickly led to mortgage defaults, which in turn blew the mortgage market sky-high.

Since the Fed didn’t have lending facilities with the legal authority to stop the damage from highly leveraged mortgage derivatives, it took down Washington Mutual, Lehman Brothers, and other commercial banks.

As economist and stock market expert, Andy Snyder notes: “The panic ended after TARP capital injections into banks, QE1, and perhaps most importantly: The suspension of mark-to-market accounting.”

“Mark-to-market or fair value accounting refers to accounting for the “fair value” of an asset or liability based on the current market price, or the price for similar assets and liabilities, or based on another objectively assessed “fair” value.” In other words, Mark-to-market is an accounting practice that involves adjusting the value of an asset to reflect its value as determined by current market conditions. The market value is decided based on what a company would get for the asset if it were sold at that point in time.

In a recent Becker’s Hospital CFO report it they reported that registrars and billing specialists are the most in-demand jobs in healthcare revenue cycle, according to a survey of 411 hospital and health system CFOs and revenue cycle leaders.

The survey, published March 17, was commissioned by healthcare operations provider AKASA, and fielded between December 1, 2021, and December 21, 2021, according to the Becker’s article.

So, how will these significant needs be affected by inflation? Employees are more selective; mandates are causing workers to be either fired or to walk away and real earnings falling 2.4% all create obstacles to hiring healthcare workers. Not having those workers effects costs, revenues, compliance, and capacity. All areas that cause negative occurrences in healthcare. Add to that, all that inflation escorts into both individuals lives and organization behavior, and the problems just listed become exacerbated. Enabling technology may be the only curb to all of this until inflation is slowed and reduced.

Oil prices may help stem the tide of inflation, but who wants to pay $6 or more for a gallon of regular gasoline?